The virtual reality offline experience center, as a derivative industry under the VR boom, has always been regarded as a new explosion point of the VR industry and a new profit model. Even if the current profitable brands are rare, this does not hinder this format. It is possible to become a profitable dark horse in the future VR industry. Compared with the currently successful VR ZONE, the virtual reality offline experience center still has the potential to release the commercial value.

Throughout the successful or failed cases, the virtual reality offline experience center wants to be successful, and it is not the simple and rude appearance of the street and the tail of the street. Even if it is the VR experience center, it is often successful to find out the audience's pulse. s begin. Now speaking, LBE (Location Based Entertainment) is also good, venue-based entertainment experience is good, but it is a new term given by the Internet era. Looking back at history, Disneyland, which has more than 60 years of history, can also be regarded as a predecessor of LBE. Disneyland has developed to the present day, and what is the attitude of the virtual reality LBE in today's society?

Want to do the venue-based entertainment experience of the VR industry, the focus depends on what is on the venue. First of all, as a prerequisite for the success of the venue-based entertainment experience (LBE), it is possible to attract people to walk out of the door, leave the online game, and experience at a specific venue. The public is definitely not available at home or online. The immersive experience, the satisfaction of this virtual reality and the sense of accomplishment that you want to share with others' experience is the key to LBE's success. 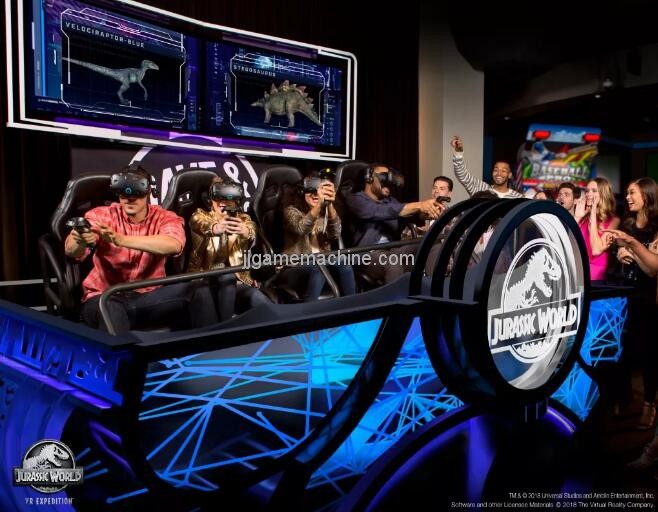 Where is the successful mode of LBE VR? The Japanese handed over a good answer. Japan's unique second-element culture has spawned a new way of playing VR offline experience, which is the most successful VR venue-style entertainment experience in the world - VR ZONE.

First of all, it is worth mentioning that all kinds of VR experience projects with IP, such as "Dragon Ball VR", "Mario VR", "Up to VR", etc., there are only VR in the world. Experience, this gives VR ZONE the most powerful IP barrier.

In short, the most important thing is that the self-owned IP continues to output high-quality content for VR ZONE, constantly upgrading iterations, using peripheral dramas, big movies and other projects to present in different forms, strengthening the weight of IP in the public mind. At the same time, this hematopoietic ability is backed up to the VR ZONE content operation as a unique advantage, which is the success of the VR ZONE offline experience. It can be said that VR ZONE is the success of content production and sales, and it is the victory of the content producer as the leader.

Compared with the popularity of VR ZONE, IMAX has also released news of VR pilots in Shanghai and New York under the line in August. Compared with the advantages of VR ZONE content, the collapse of IMAX VR online is also worth considering. The first and most intuitive feeling is that IMAX used the business model of the cinema of the last century in the LBE operation of the VR era.

Unlike the VR ZONE's warm atmosphere, the IMAX VR's cool and quiet atmosphere even makes people forget that this is a place to offer VR games. Compared to the Wandai Nangong dream, which was born as an arcade game, it was lost for the first time in the creation of the atmosphere of mobilizing hormones.

In terms of content, although IMAX is a fascinating sign, in fact, the advantage of IMAX, which we are familiar with, is still technical. Will the cinema mode shift achieve a VR cinema? Maybe not!

Similar to the current cinema operation mode, IMAX itself does not produce content. These third-party VR content is assembled, and there is naturally no emotional link like a theme park. If Bandai Nanmeng manages VR ZONE as VR Disney, IMAX VR is more like a traditional cinema, or a traditional business model. Even if there is no waiting for the content of the ticket, you have to wait until the time on the ticket to experience it. This is a far cry from the hot scene where Mario Racing VR is lined up for 2 hours. The singularity of content and equipment is not the same, the stacking of various independent content, so that the audience can only fragment the feeling of the popular content at that time, when the audience first experience, they will immediately lose their sense of freshness. Without a solid unified IP content input, it is difficult to make IMAX VR a VR offline experience center with emotional links and identity.