In 2018, it is a year worth pondering for the game industry. The changes in the market have made industry manufacturers think and explore new things. The gift machine industry is no exception. For the terminal players, the doll machines that are everywhere can seem to be new. Due to changes in players' mentality and other factors, the industry has experienced a downturn. For this reason, in order to make the industry develop soundly, the author visited some gift machine manufacturers to make suggestions for everyone.

Those years of "crazy" and the "depression" of the year

The doll machine entered China from Taiwan in the 1990s. In about 2000, Guangdong became a major province for the production of doll machines. Nowadays, game centers such as game centers, shopping centers, and subway stations are often seen in China. Doll machine. Although it was introduced to the country from the Hong Kong and Taiwan regions in the early days, in the past two years, the doll machine that has existed for more than ten years has suddenly revived, and has emerged from the game hall as a standard for cinemas, shopping malls and pedestrian streets.

As long as every industry in China is profitable, it will be inadvertent and pervasive. The "crazy" of the previous two years was initially due to the expansion of multi-gold and commercial real estate. Some FITs and investors saw the possibility and swarmed. In 2017, there were many cases like this, such as a restaurant, which placed eight sets of doll machines in the store, with a turnover of about 500,000 a year.

After the market for the doll machine store was eagerly awaited, some point-type doll machine business began to decline or even be eliminated. In the past few years, we have also seen the players' requirements for catching doll machines, such as decoration, doll machine play, doll quality and gift diversity. In addition, due to the access of payment platforms such as Kedie and Le Shake, mobile payment is made possible, making payment more convenient. Some net red stores use the Internet thinking to seamlessly interface with the game industry, subverting the traditional practices and making a name for themselves in the industry.

It can be said that the first two years were the barbaric growth period, that is, the outbreak period, because the outbreak was too strong, the whole industry is now saturated. Therefore, whether it is a doll machine manufacturer, a terminal dealer or a terminal player, it takes time to digest and precipitate.

If there is a precipitate, it will be eliminated. According to some manufacturers and terminal venues, the performance has generally dropped by 40% to 60%. However, there have been some reactions, not much change compared with the same period last year, and even some warmer. Despite this, some manufacturers are still very confident that the doll machine industry can still become a new retail scene. Like a shopping mall in Beijing, one side is a gift machine house, and the other is a certain product. However, the business of a gift machine house is better than a certain product, because a certain product is mainly a shopping experience, and the gift machine house is entertainment. Experience, experience, screams. 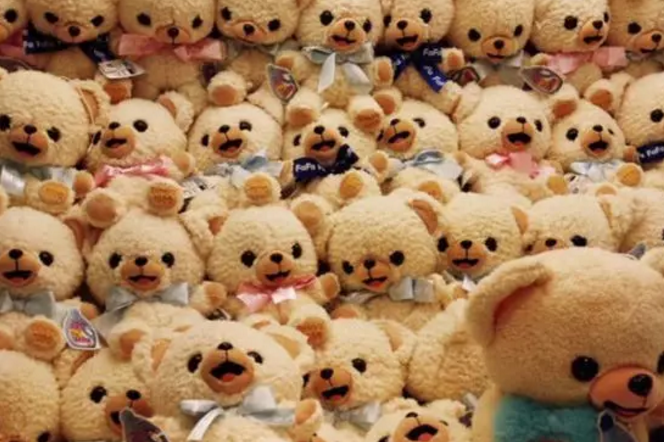 How do we deal with the precipitation and elimination period?

At present, the doll machine industry is in the stage of precipitation and elimination. How do we face it? What measures should be taken to minimize the damage? Now it is testing who really regards the doll machine industry as a career. Only those who really do and study hard can stand up. The following four points may be used to guide the terminal venues on the road of exploration.

The first is to choose a branded machine. As the saying goes: If a worker wants to do something good, he must first sharpen his weapon. If you want to fight well, you must have good weapons, otherwise it will be difficult to win and it will be more difficult to sustain development. A venue with a brand-name machine will be confused in business. In addition, the experience is also very important. The process of catching a doll is a demonstration process. It is a story-telling process. Let the player experience the truth, accuracy and fun. This is mainly to grab the claws of the doll machine. The claws need to be very powerful, not just "touching". From grasping to falling, it needs to be very powerful, so that the player feels that it is not deceiving, and that the brand doll machine is used. The market has a circulation value.

The second is to choose the original genuine IP gift with strong exposure. In the past, the gift of the barbaric growth period, the player's request is not high, the doll can have no trademark, brand, in other words, as long as it is a doll. Now the gift of the precipitation and elimination period, because the player's appreciation level is improved, there are cultures, stories, brands, IP, exquisite, high-grade dolls to attract players. There are a lot of IP dolls, but not every one can attract people. This depends on whether the IP is highly exposed and the number of fans is not much. It is vital for the venue to understand or not.

The third is to choose a good location and venue. In daily operations, the location determines your life and death, no one is flowing, survival becomes a problem, and it is inevitable to be able to discover "virgin land", but the difficulty is too small. Good rents are high and the profits are thin. It is very hard. Management seems to be simple, but it is not. Simply buy a few machines, and then put them there to operate. The venues with this idea will basically be eliminated. No operation, good locations, venues can only be wasted. 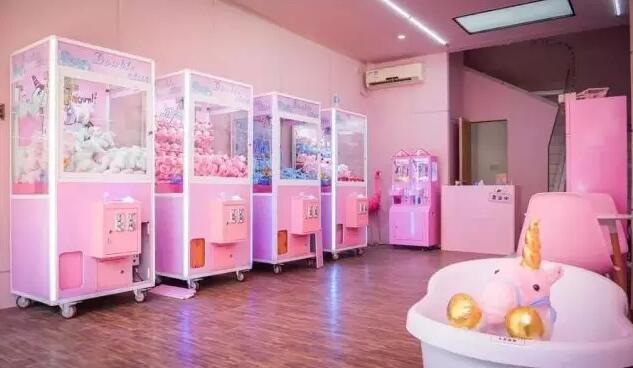 The fourth is to choose employees who are caring and understand the player's mentality. After all, the doll machine industry is also a service industry, everything needs to be around the player to operate, from the perspective of the player to think about the problem. From the effect point of view, the effect of someone on duty or semi-automatic duty is far better than unattended. Only when someone is on duty can you know what happened before the doll machine is caught. For example, when a player spends a lot of money and can't get it, the benefits of being guarded are reflected—guided consumption. You can encourage her to clip again, or let her spend any more money and send the doll. Then you can register, report to the boss, explain the original committee, then take a photo record, and send a circle of friends by the way, for secondary publicity. In this way, in addition to the players will be happy, promote secondary consumption, you can also promote the human touch of the venue to friends.

In this sedimentation period, more is reflected in the survival of the fittest, and uncompetitive venues can only be eliminated. Production enterprises are no exception. Venue operators have speculative elements, and production companies also have speculative elements. When they see other people’s machines selling well, they will move closer to each other, the products are not thoroughly penetrated, and the core technologies, key points, and essences are not understood. Enterprises are destined to be difficult to continue.

The doll machine industry can develop rapidly, so what direction will the doll machine industry develop? After the wave, I know who is swimming naked. After the elimination period, the rest of the production enterprises must be the enterprises that have stood the test, have the core technology and have their own market decision-making power; the rest of the terminal venues must be the venues with good gifts, innovative gameplay and excellent service quality.

From an optimistic point of view, China is currently facing the best opportunity and the best era. In the face of this period of precipitation and elimination, manufacturers have their own unique countermeasures, or focus on services, or explore new ways to play, or walk on two legs... although countermeasures, think different directions, but they are all Because of the confidence in the doll machine industry, the industry can be healthy, long-term and sustainable.

As for how to go on, many venues are already exploring.

Some operators believe that they will continue to cross-border and diversify. Some venues like city heroes try a new way of playing at their own venues – turning the venue into a place to marry. As long as you get married here, you can send things like dolls, and the atmosphere is extremely romantic. Some venues also become social venues, where venue vendors place a place in the store and then allow players to chat, party, and more.

Some operators believe that the future doll machine store will develop towards the net red store. If you have IP, you will get high capital and go to the store after you get the financing. It’s like the cool uncle, the Yandang expression pack, the Akihabara’s second-element style, etc. These unique shop styles. The rise will give players a whole new sense of freshness.

What kind of evolution will happen in the future, and your exploration and participation is crucial.