In the past two years, major manufacturers have launched VR devices and related games. Thanks to the price-conscious hardware device developers and the rapidly iterative simulation game developers, many of these game enthusiasts are fortunate enough to be a mainstream game development trend in the next few years.

Looking closely at the list of games that have been announced so far, it is not difficult to find that these VR devices such as Oculus DK1 and Oculus DK2 have suddenly become a paradise for analog racing games. The racing game has always been a standard test for many game platforms to test CPU processing power, imaging technology and dynamic processing. Oculus DK1 has become a test for many developers with its own portable development project (SDK) and good 3D imaging technology. Objects, we can expect to release a VR racing game with an excellent experience on the Oculus DK2 and the already available Oculus Rift CV1 (consumer version). Well, no more nonsense, let's take stock of the 5 most powerful simulation racing games on the VR platform. 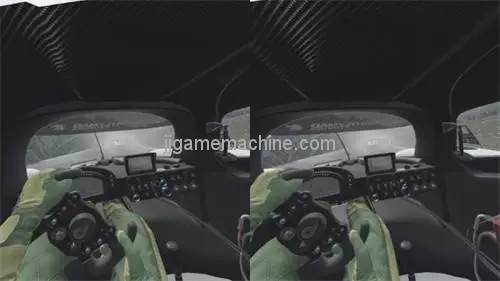 From the platform point of view, this work income is not only because of the big Oculus logo printed on the project launch ceremony screen, the outstanding performance of this game is enough to make him a member of this inventory. The Racing Plan is a racing game that goes beyond most of the current racing events on the market. Although the number of cars in the game is relatively small, the visual effect of the game is shocking. The development focus of analog games, especially analog racing games, has always focused on perspective tracking and 3D imaging. In other words, a mature analog racing game must be realistic. The realistic imaging technology, friendly interface and rich competition experience in the "Car Racing Plan" are very good for the Oculus DK2, which has greatly improved comfort. Within a few weeks after the release, the game's VR mode is still unable to perform normal screen rendering, which is different from the other four games in this article.

Despite the harsh hardware requirements and the performance of the "Car Racing Plan" in the picture performance is not as good as "iRacing" and "Assetto Corsa", and the game is criticized in the operation design, but the game is being developed. The VR game in the middle provides a good example: racing games and highly restored analog visual effects are essential qualities for an excellent VR game.

The Racing Plan currently only supports the Oculus Rift for the time being. For the issue of whether the game supports PlayStation VR and HTC Vive in the future, the official has not announced the specific news.

After years of inaction, Codemasters shocked everyone with the results of their first attempt at VR games. Codemasters will combine the experience of developing the "Dust" series with nearly 16 years of experience and VR technology to present a complete and comprehensive simulation racing game that is satisfied with almost all of the "Dust" series players - "Dust Rally". The game retains a variety of modes of play in "Dust", while also providing more sophisticated details and enriching the level of challenge.

The VR mode of "Dust Rally" is worth trying. The game is based on Oculus runtime 0.8 system. The basic interface and navigation are perfect. Compared with "Car Racing Plan", it has high playability and excellent operation. It has a large number of vehicle types to choose from. Etc. However, the disadvantage is that the dynamic capture effect of the picture is relatively weak. Most of the simulation racing games are dedicated to matching the game screen to the real world racing scene. The "Dust Rally" is no exception. Although the dynamic performance is not enough, the effect of "Dust Rally" is not rough. In the game, players can experience the feeling of vacation on some fresh country track. 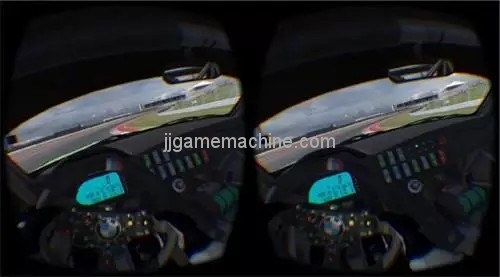 The same is the VR game that strives for perfection in image quality. The earliest propaganda of "The Game Preparation" is 100% restoration of the real game scene: "Each runway is laser scanned to ensure 100% reduction. Every car in the game is certified by the manufacturer and engineer of the car in reality." Such a slogan, fortunately, the game development team did. The game engine of "Prepare for the Game" can be said to be completely designed around DirectX 11, and adopts the most advanced visual technologies and special effects. The technologies such as HD resolution, blurred shadow and dynamic light source can be said to be in all current racing games. the best. Players who want to experience the full 4K quality game suggest to collect this game, regardless of the gameplay, it is worthwhile to drive around in the game. Unfortunately, the developers Kunos Simulazioni and iRacing took the same strategy and devoted a large part of their development efforts to the development of VR technology. Each SDK was developed very long and the version of the game was slow to iterate.

The PC version of "Preparing for the Game" has been very successful, so Italian studio will launch the Xbox one and PS4 versions in June this year. I hope that the console version of the game can be debugged on Sony and Microsoft's VR devices before the release. This game is likely to become the first masterpiece of HoloLens and PS VR.

The game may not be friendly in terms of interaction. The main menu must be displayed separately on another screen. Once the player enters the car, the menu will not be accessible again until the end of the game, which means that the player cannot pause or debug the game midway through the game. Need to stop midway, you can only manually close the game process, and then jump back to the main interface. This design is slightly painful.

As for the "preparation of the game" and the "car racing plan" who is more amazing, this contrast is obviously no result. The reality of the physical model of "Preparation for the Game" will make players feel that this is not only a racing game, but the picture of "The Racing Plan" looks more like a wonderful French movie.

Compared to several other games, iRacing is unique in that it is a professional PC platform racing simulation service based on the simulation of racing cars, the restoration of the track and the accuracy of the modeling. More professional than GT Racing or Extreme Racing, and there are a lot of racing services in iRacing. However, these services are paid for, and this is a service that requires professional operation equipment. In fact, the VR service provided by iRacing is complete, perfect and expensive.

The developers of iRacing are more complete in product planning than those who are still pre-announced and claiming to be "off-the-shelf". The game has announced support for any generation of Oculus VR devices since its inception. This game is in Oculus. The performance on DK2 is very eye-catching. This fact also confirms the truth: any successful VR (racing) game does not necessarily need to be convenient operation, rich gameplay or even game balance, they only need to have perfect picture quality, perfect sound effect and perfect interaction. The experience is enough.

As for the game operation problems that players care about, it seems that several games in this article are more difficult to operate than other types of racing games. This kind of setting makes it impossible for players to play smoothly, and each track or car has different performance requirements. The way of operation is also a far cry. The most urgent task of iRacing seems to be to upgrade and support DX11 as soon as possible. At present, the beta version of DX11 has been launched, and I hope that the development team will restart this long-awaited VR project as soon as possible.

Although iRacing can't be experienced on other VR devices, we always think that the game will always be open to the whole platform. Currently iRacing can still run on the 0.5.0.1 system and 0.6.0.1 system of the Oculus development platform.

It seems that it has been ten years since I first saw "Speed Life". Now when I look back at this game, I might feel more like this is a rough semi-finished product. However, the design concept of "Speed Life" was not advanced in the past: the operation of the car needs to use the physical characteristics existing in the real world. Strictly speaking, the game's operating experience is very close to the real driving experience, and there is no steering aid. The game requires very professional operation skills. Most of the simulation games have been done on the screen to match the real world. This development concept combined with the slow development speed of VR technology has led to the loss of a large number of users of analog games. The 2016 VR device's centralized outbreak has revived the game. Ten years before the limited technology, the bold attempt of "Speed Life" was brave.

Although I really liked some of the attempts made by iRacing on Oculus DK1, they started to feel a bit disappointed when they tried to make breakthroughs such as “Location Tracking” that Speed Life had made in the full simulation environment on Oculus DK2. . At present, "Speed Life" has already supported VR mode, and has launched a collection of content for nearly 8 years. I like the real racing experience, especially those who want to try drift in the case of gravity-free auxiliary system.

You can see this game on many VR devices, at least Oculus Rift, HTC Vive already supports the game. Unlike the first two games, Speed Life is updated in line with Oculus' SDK and has been upgraded to the latest 0.8 system. Although the game's interface may look a bit ugly, it's a complete analog racing game.

If there are no booming VR devices, the market for analog racing games may not have more options. At present, the development of the PC engine has reached a bottleneck. We have been somewhat numb since the exploration of the next-generation game in 2000. The diversity experience brought by VR devices is the key to the transformation of the game industry. Many developers are very optimistic about the prospects of VR devices.

"Sports Space: Racing Experience" has already demonstrated the basic functions supported by the Oculus DK2, and Reiza Studios and ISI have also announced that open-ended racing games such as "Car Club" and "R Elements" are also expected to land on some VR platforms. . However, we still have to question the efficiency of VR game development of various developers. Regardless of the future development of VR technology, there is no doubt that analog games and VR devices have a very bright future.