Doll-grabbing machine has existed for more than 20 years, the current market has a variety of doll-grabbing machine, not only the game hall, video game city must-have items, but also all over shopping centers, cinemas, supermarkets, pedestrian streets. Such a "simple" game equipment, not only not by the new and tired of old players eliminated, but also by all ages of enthusiasts welcome, this wonderful attraction behind, what kind of psychological secrets?

If the doll is caught successfully, the reward loop will give dopamine a sweeter feel, and if it is not caught (in most cases), dopamine levels will drop to a lower-than-normal level, giving you a feeling of "disappointment." At this time, in order to re-pull up the experience, people tend to catch again, and dopamine secretion in this repeated process will be "intermittently enhanced", the process is fascinating, even if the chance of catching a doll is far less than the chance of failure, it is difficult to give up the temptation to "do it again".

The more attempts there are, the greater the cost of sinking, and the harder it is for people to help themselves, the more they want to take out coins to play with a few more times.

The process of "small-scale addiction" is also a process of intensive consumption of attention resources, which helps people release stress and regulate emotions, so even adults do not refuse to occasionally "catch a few". And compared with other psychological adjustment methods that require sustained investment, there is an important reason for the popularity of the claw crane, is its "fragmented entertainment" characteristics.

This trait includes several factors: first, the "low threshold of economic and time costs", regardless of whether the majority of children, who will not mind this expenditure, why not; Leisure, consumption places, people with the premise of corresponding psychological preparation, access to a large number of image and amiable claw crane, coupled with the current mobile payment developed, even the trouble of coin exchange has been saved, "to catch it" has become a very natural action The third is "convenience, fun", although some people specialize in doll-grabbing skills, but do not have the skills to play, simple operation and full of childlike fun atmosphere, further enhance people's participation.

Reduce the defense of others to close the psychological distance

There's also an interesting phenomenon about catching dolls: young couples tend to like to grab dolls more than children, and give each other dolls, while even mature, serious adults are often not shy about grabbing dolls and are even happy to display the glibes on social networks.

It's actually a defensive mindset-driven human interaction. Undeniably, the act of "grabbing dolls" itself, focusing on the behavior process of grasping dolls, as well as the image of various dolls, are "dull", and this "dull" is precisely the invisible weapon in the interpersonal relationship to close the psychological distance. Couples grab dolls together, passing on each other's intimate, pure attachment to the feelings, while in the social network dolls, is silent expression of "how cute I am, I am harmless" posture. These transmissions and expressions, whether intentional or not, are lowering the defense of others, and at the same time, it is also strengthening self-defense, the beauty of which is worth experiencing. 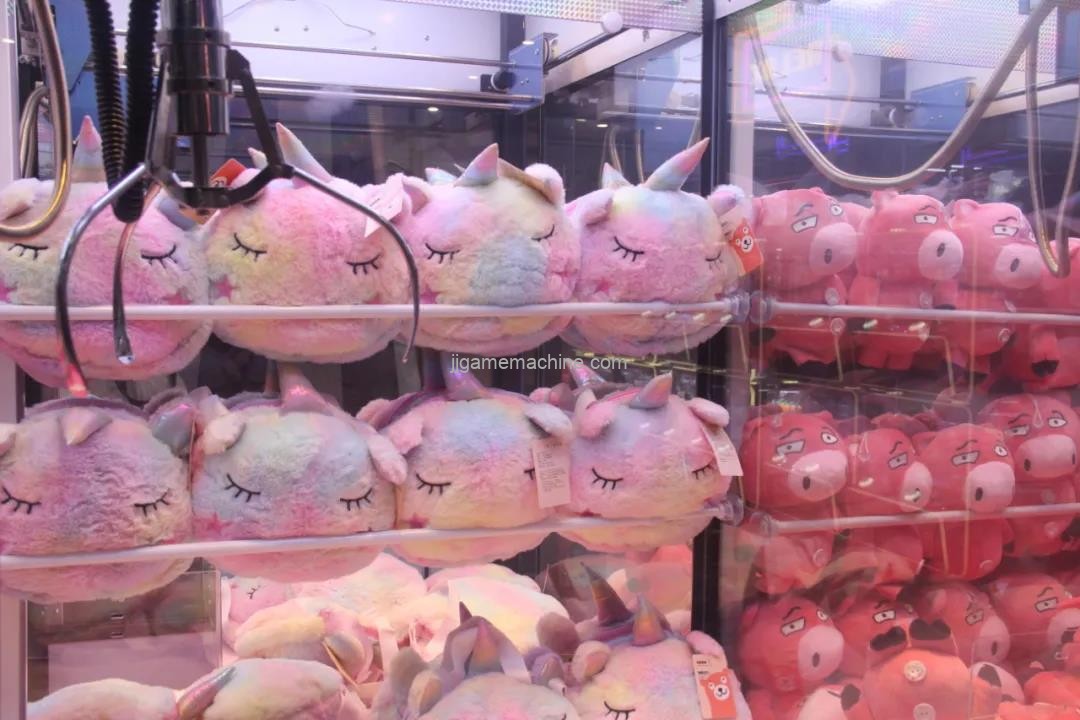 The rise of the second- and third-tier city markets

Because the market profit is hot, now the first-tier city points are filled with various merchants claw crane, just like the shared bike, as long as it is a place of high traffic, there will always be one or two claw cranes.

With the second- and third-tier cities of the trend of population reflow continues to improve, the market demand for doll-grabbing machines also followed the migration back. These returners are the main consumers, bringing back not only some cash savings, but also the ideas of life that have been developed in big cities. Whether it is the pursuit of luxury products, or the people's claw crane, they have cultivated the habit of consumption.

The sinking of cinema lines is also one of the factors driving the market for dolls. Beginning in 2015, wanda theater line, earth yard line and Chinese movie star Mei and other movie industry giants have expanded the market to the first-tier cities outside the region, so a large number of theater construction completed, to the doll business to provide more business opportunities.

In order to strive for more merchants to enter and join, many manufacturers continue to innovate technology, the development of the above mentioned to subvert the traditional claw crane play smart claw crane, this kind of smart claw crane is the product of the "Internet plus" era, with the characteristics of people's living habits - with mobile payment function.

Traditional claw cranes with coins or game coins as the main play have the disadvantages of dissocation from the times, when mobile payment has not yet emerged, the scene of consumers using coins is not much, game coins are mostly change when they go to exchange. This reduces the likelihood of consumption in the first place.

If there is a limit to the need to exchange coins or game coins to play with claw cranes, mobile payments are now simplifying the payment process and increasing efficiency and frequency of transactions.

The same is true, mobile payments developed so that currency exchange is no longer necessary, but also for the claw crane to retain the body without change guests.

At the same time, merchants can be mobile payment to the offline traffic to WeChat public number, merchants in the rental space, can be used as a bargaining chip, consumers pay attention to shopping malls or enterprises their own public number, you can grab for free.

Experience the way you consume

First of all, it is certainly the user experience, after all, the user is a food and clothing parents, a paw is broken claw crane how can attract a vote of female consumers to watch. Doll crawl success rate is the user's most concerned about the problem, that set the strength of the claws to take a profitable balance point, too strong, high success rate, business losses;

Of course, the appearance of the claw crane can not be sloppy, can not be the same, should be from the theme and color can attract the eye at first sight, can attract more people to experience.

claw crane as long as learn to seize the hearts of consumers and future opportunities, but also use afraid of the market problem?