The highest monthly performance of a single store exceeds 1 million.

Recently, Caixin reporter learned from a number of shopping centers, children's indoor park gradually resumed business, Ofi Happy World, Hani deer and other national chain indoor amusement brand stores quickly rebounded in popularity, to attract family groups and enhance the family group stay time has a clear role. An indoor park related person in charge to reporters, "the first half of the outbreak on the indoor children's park industry has a great impact, basically is a state of stagnation." But after the '61', the industry rebounded, the department stores resumed business soon after the new sales record. Now the indoor park industry has become an integral part of shopping centers, it is expected that with the Mid-Autumn Festival, National Day holiday, shopping centers as a unit of household consumption will increase significantly, the second half of the industry recovery will accelerate. "

It is understood that covers an area of about 2300m2 of the Ofei Happy World Zhengzhou Hanhai Shopping Center shop, opened at the end of 2019 quickly became the traffic king of the mall, in August this year set the highest performance, more than 1 million yuan. Ofei Happy World Beijing Fangshan Longhu Store, opened in September 2019, an area of about 940m2, the highest monthly performance of more than 800,000 yuan.

"As of the first half of this year, Offei Happy World has opened 18 stores nationwide and expects to add more than 10 stores in the second half of the year." Chen Dachi said, "Ofei Happy World Project is also one of the company's non-public offering of fund-raising projects, plans to build 50 direct stores in three years, if you include the franchise stores, is expected to reach about 100 stores, will have a certain scale effect." " 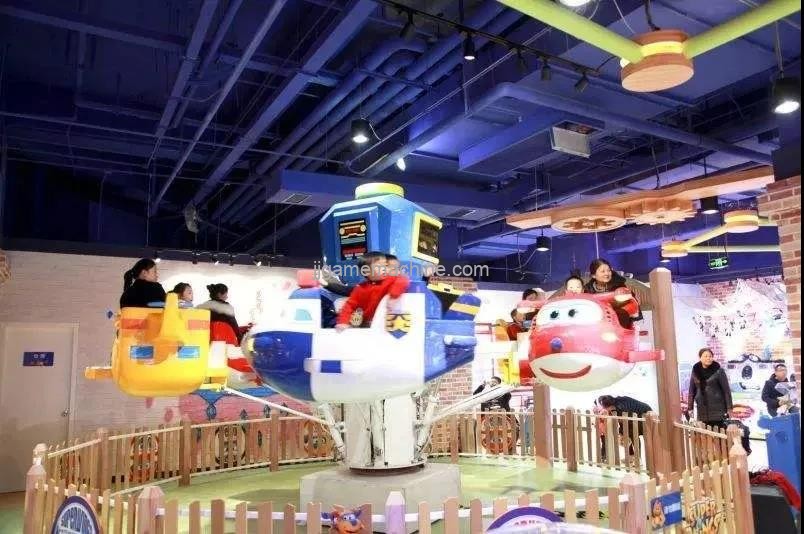 An important link window on the offline To C side.

Indoor paradise, as the most popular business in shopping centers, has become a popular destination. Hani Deer, another well-known national children's indoor amusement park chain, has also expanded in the outbreak. "On September 19th, we opened a new store about 3000 square meters in Fuyang, Hunan Province," Li Wei, deputy general manager of Hanilu, told Caixin. Hani Deer currently has about 20 stores across the country, covering 14 cities. This year, affected by the outbreak, the pace of store opening has stabilized, the number of new stores is expected to be within 10. "

"In recent years, the proportion of children's structure in shopping centers has risen from 5% to 10% to 25%, and the proportion of new community shopping centers is relatively high, with indoor parks being an important form of this," said an industry analyst. A child is generally accompanied by 2 parents, indoor paradise produced a 'siphon effect', resulting in '1 plus 2' or '1 plus 2 plus 4' and other forms of household consumption, mobilizing the activity of the entire shopping center, bringing considerable passenger flow and sales. "

"Indoor park is a complex business, in addition to ticket revenue, but also combined with catering, toy sales and other business. As an important link window on the offline To C side, the core value lies in having direct access to a large number of children aged 3 to 8 and household consumption units, which are the company's core audience. Chen Dachi introduced.