2, the value orientation of society to children is more rigid. 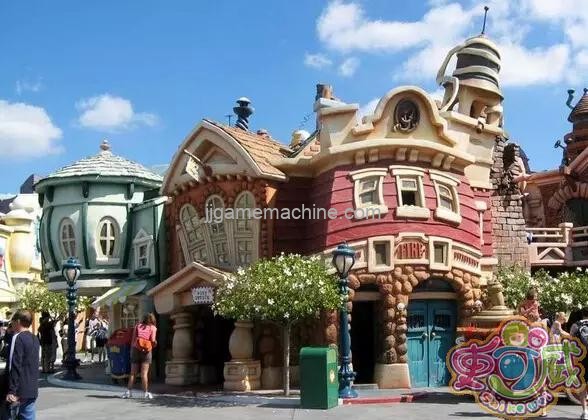 In the treatment of children's education, most parents choose to follow the natural, from which reflects the parents' educational concept is constantly updated, parents realize that only in the natural environment of children can grow up freely, indicating that the family education environment gradually become loose, parents' educational expectations also tend to rationalize. In the face of the social value orientation of this environment, and parents are more willing and willing to give their children a more natural and closer paradise to cultivate their children, so as to further naturally cultivate children's character. This is a children's amusement park to join new business opportunities in the future market prospects so widely regarded.

Now the country is developing rapidly, the city is getting bigger and bigger, more and more tall buildings, playmates are less and less, parents worry about children safe dare not let go, toys although many, but the child's heart is still lonely;

Most parents want a safe children's playground where they can take their children to a variety of recreational activities, children to play together, and a variety of activities to teach fun. What's more, indoor children's playground is not only pure entertainment occasions, the effect of puzzle is also significant, all kinds of equipment fully mobilize the child's thinking ability and imagination, invisibly help children improve their intelligence.

Children's indoor amusement programs in Europe and the United States have developed very mature, but in China, with the exception of a few large cities and provincial capital cities, the average city can not find a good children's playground, children's playground. From the market law point of view, to seize the market opportunity, means to master the highest profit, the smallest competition of the golden development period.

To sum up, indoor children's paradise has a bright future. Many people realize that this industry is relatively profitable, so people want to invest in it. The first industry competition is relatively small, the second profit is relatively high, the Third Paradise can be said to be a one-time investment, lifelong return!

Children's paradise as a project of the times, whether from the future market and its own efficient action mode, is the mainstream direction of future development.