“There is still 50 minutes from the train.” On the 1st sightseeing train on the Chongqing Foreigner Street Scenic Spot, 82-year-old Liu Jun stood in front of the team with two grandchildren waiting quietly. After a while, he was behind him. Waiting for the long dragon. Liu Jun told reporters that this is the first time he has brought his grandson to the scenic spot to play, and it will be the last time. "The foreigners are about to relocate, and take them to experience them."

The Chongqing Foreigner Street Scenic Spot, which officially opened in 2006, is located near the marble stone in the Nan'an District of the city, on the bank of the Yangtze River. The country's first open-air toilet, the "down house" that resembles Manhattan's landmark buildings, and the one-dollar gimmick with an average daily sales of 6,000... For 13 years, Yangren Street has cheap and rich rides, imaginative architectural styles, etc. The traits attract thousands of tourists at home and abroad, and gradually become the “grassroots amusement park” in the hearts of Chongqing people.

According to the local development plan, the foreigner's street scenic area will officially start relocation on March 1 this year. When the news came out, it reminded me of the memories of many Chongqing people. Men, women and children brought their families to the scenic area to “call the cards” and experience various entertainment projects. It is nostalgia and farewell. The data shows that it only attracted 200,000 people a weekend.

"35 yuan to play 35 projects, is really a civilian playground." Because of the family living near the scenic spot, the 57-year-old Shen Xiangyu has not remembered this is the first time to bring his grandchildren to play. She introduced that, according to experience, the family arrived at the scenic spot from 10:00 in the morning. "But there are a lot of rides, it is estimated that it is dark, and all the projects can't be finished." Shen Xiangyu has the habit of recording images. She thinks that the foreigners’ street will be relocated immediately. The camera function in her mobile phone has not been closed, and the lens is always facing the scenery.

On the artificial lake in the scenic area, 26-year-old Wenwen and his peers drove the boat and drove to the center of the lake. She told reporters that the first time she went to the scenic spot was at the age of 13, when she felt that everything was fresh. Time flies, once again to the foreigners street, she deliberately took out the old photos prepared, ready to go to the old attractions "punch", "take a photo, commemorate the memories of the foreigners left me."

When it comes to foreigners’ streets, I have to mention the net red “one dollar gimmick” in the scenic spot. In the tens of meters away from the Mairentou Shantou store on the foreigners' street, the reporter saw the crowds who queued to buy. I saw that the one-headed hoe was about 35 centimeters long and weighed about 400 grams, enough to satisfy the breakfast needs of a family of three.

Huang Wei, head of the fascinating head of Yangren Street, said that one dollar has been launched in the market for 10 years and has sold hundreds of millions of copies. "The sales volume in the peak period is 50,000." He introduced that Yiyuan Shantou has been in the state of “selling a deficit in five corners” for many years, and now it mainly relies on the profit of derivative products of Shantou to fill losses. When talking about the original intention of doing this for ten years, Huang Wei said that in the hearts of tourists, a dollar girl is not only a kind of food, but also a toy. It is a happy "punch" prop.

The white-collar Huang Xing, who had been queued for 30 minutes to successfully purchase 5 gimmicks, couldn’t wait to post the “outcomes” in the circle of friends. She said that there are many memories left by Foreigners Street. As a "food", the most impressive thing is Shantou. "If you don't buy a long-haired girl, you feel that you have never been to a foreigner's street."

"Since the news of the relocation has been confirmed, there are tens of thousands of tourists who come to the card every day to bid farewell." Yang Xiaoyong, the operator of the Yangren Street Scenic Area and the president of the Maxim Group, said that under the premise of ensuring safety, the foreigners will be relocated in four batches. On November 5, 2019, all the relocations were completed. All the buildings and amusement facilities in the scenic area will be demolished, and the original land will become a commercial and residential urban living area. The new version of Foreigner Street is located in the wine town of Bengshi Town, Fuling District, Chongqing.

Let's take a look back

At that time, those foreigners were "stunning" the wonders of everyone!

The largest toilet in the world

I have seen such a sentence: If more than a thousand people pee in the Chongqing Foreigner Street toilet, it is estimated that the Hubei people next door can hear the sound of the sloppy. It is also this funny text that has made countless foreigners yearn for this super-large toilet fan.

It is said that it can accommodate thousands of people at the same time! The magic of the decoration inside, the attention of the facilities, only when you go in, glimpse, experienced, can sum up their true feelings...

The world's largest toilet, there is a very loud name called "big face flap", Slogan is "my ass I am the master."

There are some very interesting pictures and slogans in the toilet. 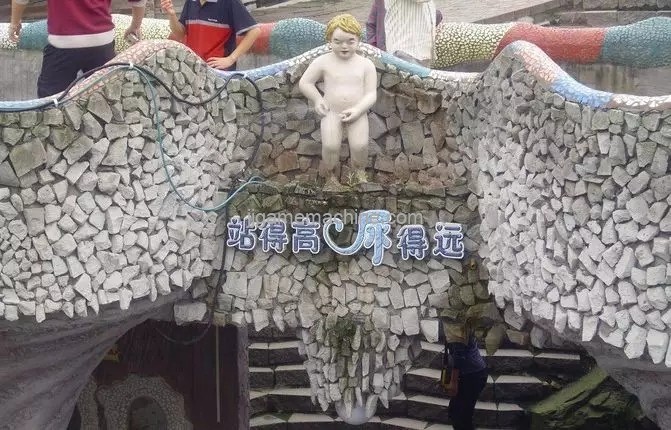 This "unfair" slogan in Foreigners Street can be seen everywhere, and it is not to cater to the current buzzwords, but to open up a "road" from the beginning!

I believe in more people and fewer people I meet.

When you meet true love, it’s like hitting a ghost. 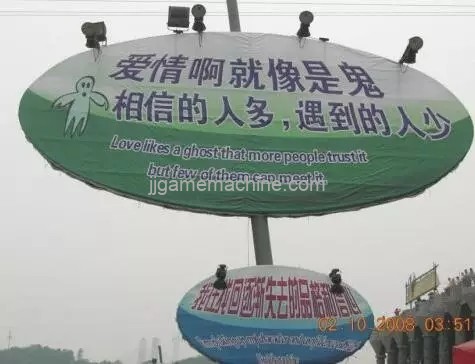 Because tomorrow has its own worry for tomorrow

This is the so-called poison chicken soup?

Give him a dollar a day, only one day is not given

Give him a slap every day, only one day does not give

He will be grateful

Speaking of the truth of human nature

"1 yuan gimmick" that does not raise prices for ten years

In the variety of food in Yangren Street, you will often see a long queue lined up at the door of a shop.

The hoe is full and looks like a rolling pin, even thicker than the arm! Each one is up to 35 centimeters, and the weight is four times that of ordinary steamed buns. 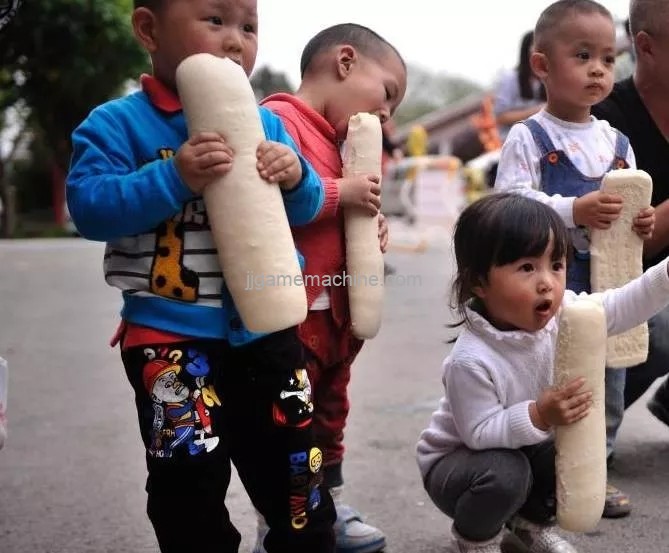 Such a huge gimmick, as long as 1 dollar! Absolutely good value for the conscience!

Foreigner Street is like an exotic fairy tale kingdom.

Filled with the imagination of the sky 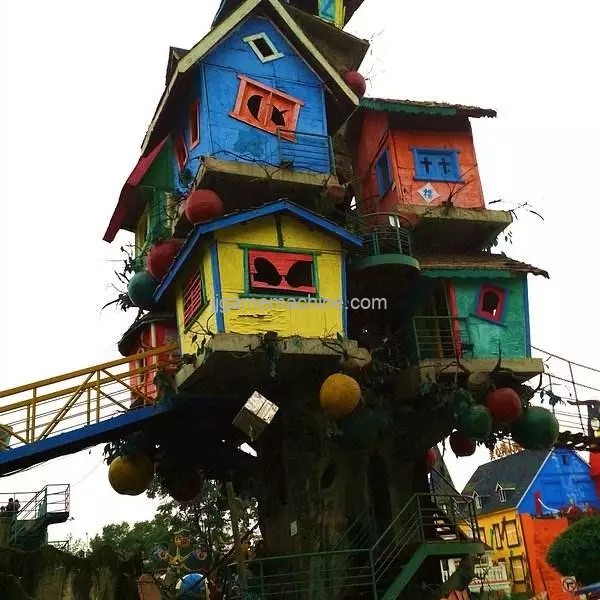 There are a lot of thrilling play projects here.

There is also a very windy landscape

Tourists rushed to the front and took them to take a group photo.

Sitting on the cable car overlooking the entire park

Slowly stroked under the foot 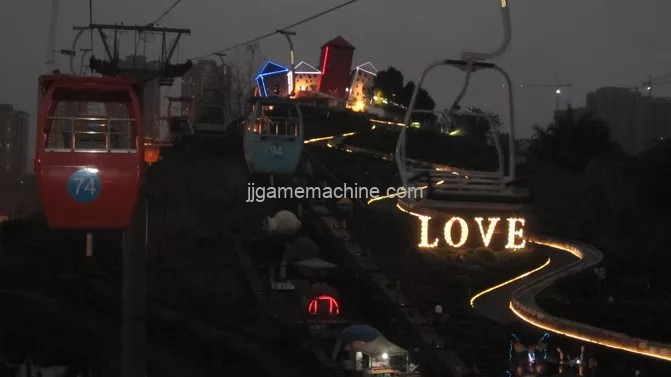 As an amusement park

Foreigners Street has a full range of rides

As a wetland park

Foreigners have mountains and waters and typical Chinese Jiangnan gardens.

As a gourmet landmark

Rich in quality and variety

According to reports, many of the “net red buildings” of the original foreigners’ street will be relocated to new sites, such as building ropeways, creative toilets, small trains, cruise ships, carriages, tree houses, towers, churches, color nets, red roads, foreigners. Street one yuan and so on. Yang Xiaoyong said: "We will do our utmost to properly preserve the memories and feelings of Foreigners Street. All the rides and ideas will be moved to the wine town in Fuling District. I believe that in the new version of Foreigners Street, the original ideas will be preserved and innovation will continue to emerge. And continue to bring new surprises."