Speaking of VR games, everyone will remember the 2016 VR game topic blowing, but this technology was in 1984, when the first VR company VPL founded by Lanier, the history of VR has been 30 years. 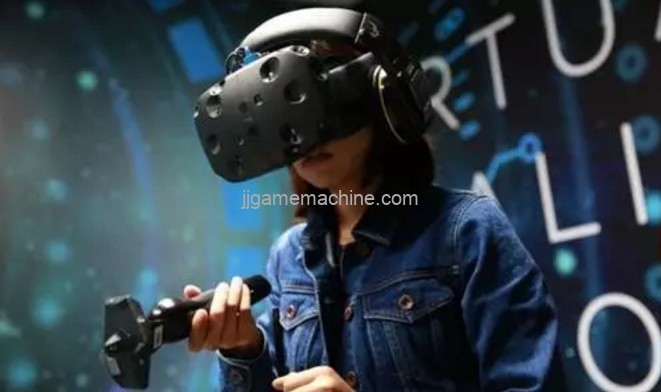 Now the VR is getting less and less hot, as a virtual reality interactive device that emphasizes realism. VR was originally inextricably linked to games, and the VR games on the market were also blown out during the VR boom. From the box office and comments of the top players' movies in the previous period, a near-real game world and gaming experience are still a lot of dreams, but why are VR games still not hot?

#Point 1: VR equipment is too expensive!

To have a complete VR experience, the first is the VR device requirements. These devices are not the devices commonly found on the market for VR glasses. Glasses are just equipment on the screen, there are many, such as guns, balancers, vibration feedback and other equipment. In the big manufacturers HTC Vive, Oculis, PS VR. Vive's immersion is the strongest, and the Vive pro has a resolution of 2800x1600. The lead over other VR products is very large. And Vibe also has a dedicated SteamVR tracking technology that is also optimal for gaming experience and positioning accuracy and range.

Not only does it require VR peripherals, but it also requires an expensive computer host. Because of the display characteristics of VR, VR has high requirements for the resolution of the output picture. There are a lot of head-mounted VR eyes on the market, and you can use your mobile phone to experience VR face-changing. But for the mainstream 1080p resolution of mobile phones, you can only see a bunch of mosaics. And the high requirements on the output resolution, the hardware configuration of the computer is more.

In the hot VR market, a lot of VR games have followed the trend. Most of them are rough and only pursue a sensory stimulus. Similar to roller coasters, virtual girlfriends, etc., there is not much work in the real sense of the game. However, it is worth mentioning that the "Resident Evil 7" VR version, this may be the best VR game at present. This is only for the VR experience, and does not involve gameplay. There are very few such boutique games, and many of them are small workshops that may cost a week to work. So the experience is very unfriendly!

VR does not cover all game types. For VR, the most suitable game is the first person perspective. Maybe those racing games, shooting games, and Sims games. This type of game using VR may have a great gaming experience, but most popular games are not implemented by VR. Whether it is a hardcore shooting game such as CS:GO, or a MOBA class such as Dota, LOL, etc. This kind of game mechanism has a great conflict with the operating mechanism of VR.

If VR can be hot again, it may be on the live broadcast. From existing sports events, variety shows and even various performances. If you can solve all kinds of technical problems perfectly, let VR users just buy a VR device, you can have an immersive experience, the era of VR will appear.

After all, in this age, entertainment is paramount. Even this year's fast-growing game is only a small part of the entertainment. If VR can meet the entertainment needs of the public, then it will be like the e-sports of the star-studded star. In the swept position, we will meet your own time.