In recent years, VR has been widely used in various industries. Since the birth of Google's cardboard in 2014, the low price and portable assembly method has greatly reduced the threshold of this technology experience, and Zuckerberg in early 2015. It means that VR virtual reality is the future technology trend, let us see the infinite possibilities of VR technology. Many companies use the convenience and scene experience technology of VR technology to promote their own brands. Compared to previous traditional advertising techniques, VR can instantly attract the attention of all users, whether it is interactive or immersive. Moreover, the interactive nature of VR advertising has been greatly improved. Based on the social platform and the immersive experience, VR has realized two-way communication and is more deeply rooted in the hearts of the people.

However, after all, it is only conceived that there is still a long way to go to realize this vision. Recently, the growth momentum of the VR market has begun to ease and there has been a period of bottlenecks. Under the cover of capital winter, VR companies have to face transformation and restructuring. In any case, there are still many big brands trying hard, let's take a look at some of the more famous examples of VR advertising applications.

At the Cannes International Creative Festival 2017, VR and AR advertising became a major focus. Google's Tilt Brush won two gold medals, turning the virtual world into the artist's painting space, greatly expanding the creative tools of people, and is a typical example of the successful combination of technology and art.

Audi also created a VR sandbox driving game that combines the virtual world and sandbox gaming experience to carefully scan the landscape in the sandbox with kinect's depth-aware camera to create and render a “virtual sandbox” scene. Bringing VR glasses can be a virtual test drive, and also a superb addiction for children. 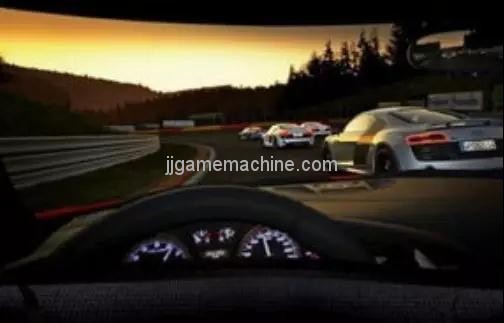 This VR sandbox experience is called "Enter Sandbox", which combines physical equipment and an immersive driving simulator, allowing you to test drive the new Audi Q5 on your sandbox track. Users don't just see it from the headline The interior of an Audi Q5 can even feel a similar experience in reality, and the steering wheel feedback and sound effects simulate the sand very well.

To celebrate the 30th anniversary of the Happy Paradise package in Sweden, McDonald's launched a VR headset "Happy Goggles" that was remodeled from the Happy Paradise package. Just fold the perforation of the lunch box, insert the virtual reality lens, and download the corresponding APP on the mobile phone, you can feel the VR world created by McDonald's in an immersive way. However, the biggest feature of this glasses is its thick fried chicken flavor.

It is reported that there are only 3,500 pairs of glasses in the world, which can only be purchased at 14 McDonald's stores in Sweden, priced at $4.10 each. McDonald's also launched a ski game with Happy Goggles, inspired by the Swedish national ski team.

Oreo enters VR, in order to promote the limited edition Oreo biscuits of the new paper cup flavor, it released a VR panoramic experience advertisement, bringing you into a fairy-tale warehouse to show the production process of this new product.

Many people have fear of heights or fear of public speech. Samsung associates its virtual reality device Gear VR with the marketing campaign "Launching People" (to realize your life), and invites 27 people who are afraid of height and stage fear to participate in this. Experiment, using their experience to convey the concept of "Be Fearless".

After 4 weeks of VR training, the experimenter simulates and reproduces the scenes they have been fearing, overcomes and confronts these fears through habits, and constantly repeats psychological exercises to slowly face the real fears. Scenes.

In fact, fear is the fear of the unknown. Only by facing the unknown can we overcome the fear. The psychological and tactical experiments conducted by VR prove that it is entirely possible to overcome fear and help improve the quality of life. Samsung also used Samsung smart watches to measure heart rate. After experiments, doctors found that VR training has a 90% success rate in relieving fear of heights and public speech.

In a value-marketing society, this generation is no longer interested in what to buy, but what to do to measure its own value. Young people are explorers and have the courage to try impossible things. This is the value that Samsung has delivered.

VR: How will the future hope?

In terms of the quality of existing VR advertising content, most of them are experiences like Audi, which are used in both the furniture industry and the real estate industry, reducing the cost of consumer experience. The other is the game experience, like the kind of ski game developed by McDonald's, which plays a big part in VR. But there are fewer productivity tools like VR for Google Brush. After all, the brand uses VR to advertise, either to solve the problem like Samsung, to play the role and creativity of VR, to convey the value of the brand; or like Oreo as VR as a medium of communication, the commercials are made into VR can see the video that can be experienced and enhance the consumer's advertising experience.

For the entire VR industry, how to realize it is a concern for everyone. From the point of view of the market alone, it seems that all the data indicates that the industry as a whole is still in its infancy. The current market base is very different from the mobile phone era. With strong technology accumulation and hardware accumulation, it is urgent to build a software ecosystem to unify and standardize the VR environment. Once the hardware platform of VR becomes popular, the commercial value during the period will also promote the improvement and update of the software system.

The current market characteristics of VR, there is still no new way of interaction, the standards of hardware and software are not unified, the power of the market is awakening, this time may take a long time. Therefore, when VR completes the ecological layout and industrial construction, its own performance characteristics will certainly yield more value, which also has the opportunity to replace the existing mobile phone industry, but this depends on the differentiated services that VR can provide. .

For the advertising industry, the most important thing is that in this interactive mode, the way the brand owner “tells stories” has changed, and the story mode created by traditional media does not apply to VR technology. In VR scenarios, consumers and brands may need more ways to interact and update their communication methods.

“Scene Marketing” is also becoming more and more important. VR is a virtual scene, which is a brand new experience for people. Advertisers will be able to "move" the ad slots into virtual scenes and even sell or rent them. This kind of scenario marketing has won people's attention and attention to advertising, and the two-way communication mode has more closely linked brands and consumers. Of course, the content of the advertisement will be more important, and advertisers need to keep up with the trend in VR content.

Although VR technology is in the early stage of development, a complete industrial channel is still very important, which requires the unremitting efforts and persistence of software and hardware manufacturers. When capital is withdrawn from the industry, it is precisely when these technologies enter the industry with more creative attitudes, away from the immature content that has been spurred by capital, which is more like a serious market start. process.