In recent years, indoor amusement parks have gradually become the first target of parents. Whenever the holidays, various indoor amusement parks are in full condition. If there is a supermarket or a corresponding food city next to the playground, it will also make a lot of money. However, the safety hazards concerning the existence of the playground cannot be ignored.

According to the data provided by the Prospective Industry Research Institute, generally the fees for second-tier city playgrounds are not very low, generally around 40 yuan, and the climbing amusement facilities are all objects that children like. You can enter as long as you wear a safety helmet, and adults are not allowed to enter.

For urban residents, there are relatively few places that can take children to travel in winter, so the playground has become the preferred target, which has become a major driver of the playground market. But because most of the children are two to three years old to four or five years old, in addition to their own dangers, there is also a certain danger of slaps and tears between children.

However, from the perspective of capital, the Prospective Industry Research Institute believes that children's amusement parks are a newly emerging indoor project. Generally speaking, the business model is relatively simple, and it is easy to manage, and it has the dual role of amusement and education. Easily sought after by capital. 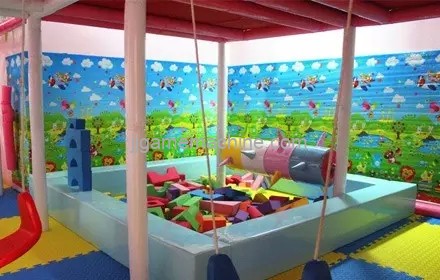 In terms of purpose, every child is more active, and the play and interaction between children can greatly increase the child's growth rate and Chilean level. Moreover, the role of the playground is to help each other through scientific arrangement and play and learn. However, it can better promote children's ability to find and solve problems. And can exercise children's way of thinking from a relatively relaxed environment.

In the future, as the level of urbanization continues to advance and the urban population continues to increase, children's playgrounds will grow at a certain rate every year. And from a management perspective, it will undoubtedly be popular with capital.