The children's industry is mainly for children from 0 to 12 years old. The products cover a very wide range and the product variety is also very rich. It covers all aspects of children's "eating, wearing, using and living". Children are the future of the motherland and the pearl of the palm of their parents. Furthermore, China has a large population and a very large group of children. Therefore, the children industry has huge room for development, and household consumption accounts for an increasing proportion of children ’s expenditure. At the same time, because of the particularity of children's physiological characteristics, the products of the children's consumer products industry are very different in design and function from those of other industries.

The child industry is not a sunrise industry, but an evergreen industry

An important basis is that according to the statistics of the National Bureau of Statistics, as the post-80s gradually entered the peak period of fertility, China has ushered in a wave of babies, with about 16 million newborns born every year, especially after 2014, China ’s new population It is expected to reach about 20 million people, and China will usher in the fourth peak of newborn birth in the next three to five years. Will usher in a new round of "baby boom".

From the perspective of the industry life cycle, the child industry is more inclined to the evergreen industry, which is equivalent to the life cycle of other industries (growth-maturity-decline period). The industry life cycle of the evergreen industry fluctuates less, supporting its long-term The growth and maturity period is that after the increase in family income, induced consumption is more willing to invest in child-raising consumption. Children's consumption in clothing, food, education and other aspects is a rigid demand, which provides a lasting power for the market. This characteristic determines that the children's industry is not a fast-growing "flash" industry, but an industry with continuous investment and long-term returns. 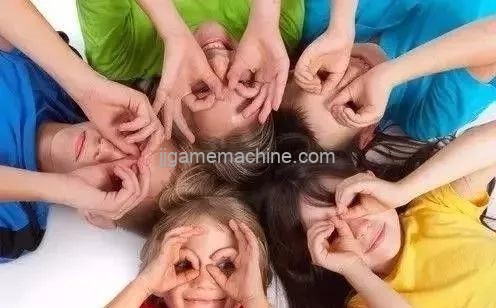 How big is the children's industry market?

The market is so huge that countless companies are competing to enter the children's industry.

The child industry, like the pension industry, is an integrated industry divided by the age of the consumer group, which involves food, clothing, culture, sports goods, entertainment, furniture, home accessories, medicine, film and television, games, education, training, finance, etc.12 60 categories in each category.

Therefore, the total size of the children's industry is very large, but the children's market faces multiple opportunities and challenges in industry segmentation, foreign brand competition, and market segmentation. The share of each enterprise depends on the degree of product development and business model innovation.

Characteristics of consumer groups in the children's industry

According to relevant survey data, in the next 5 years, the only children born after the 1980s will enter the peak of childbearing and become a generation of young parents, because these young people are generally highly educated and their income levels have also increased significantly. There has also been a lot of improvement, and the purchasing power has also been greatly improved compared with the previous generation. At the same time, they also pay more attention to the education of children and pay more attention to intellectual investment in children. Because of the improvement of his own consumption concept, he is generally willing to invest in the consumption of children.

Due to the influence of the family planning policy, many family structures in China will be in the "4 + 2" model, that is, the family will be in the form of a pyramid, with one child, two parents, and four grandparents. Parents, grandparents, grandma, grandpa, grandma and grandma of children at home are the key consumption expenditure objects of children. In order to ensure the healthy growth of children and provide children with a safe growth environment, if these consumer groups have a certain consumption strength, the safety of children's products must be considered first, and quality will be selected when purchasing products. Guaranteed products with better brand and a certain reputation.