Speaking of VR, I believe that everyone is no stranger. Virtual reality was only a term used by practitioners in 2012. With the popularity of VR in recent years, more and more people are beginning to recognize and contact VR related technologies and products. It has become a hot spot in all technology industries. After the first year of VR in 2016, the VR industry has entered a cooling-off period. Many insiders even think that VR has entered the “cold winter” period. What is the current status of the VR market? 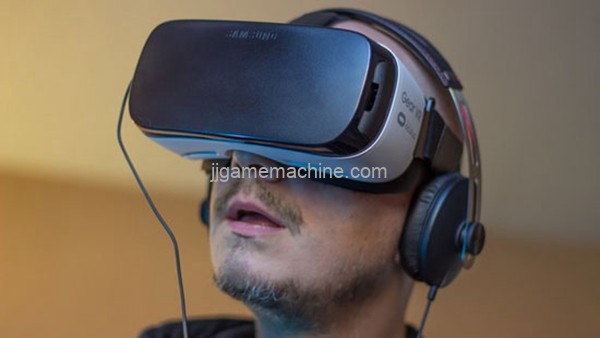 In 2016, the first year that the industry called it VR was also the 1.0 era of VR. This time is the fastest time for VR to develop. At one time, it attracted a lot of capital to support and promote the development of the industry. At this time, the VR experience products have reached saturation in the market.

In 2017, it can be said that the return of players and capital rationality. The VR Experience Museum has not yet formed a play ecology. There are few types of equipment, and the gameplay is monotonous, which makes the player lose the freshness. After experiencing it once, he does not want to experience it again. The amusement equipment is not sticky to the player. At the same time, VR ushered in a capital cooling period, lacking capital investment, slowing development, and encountering bottlenecks in development.

The 1.0 version of VR lacks operational and experience on the terminal, prompting the VR industry to improve and begin to enter the VR 2.0 era.

By 2018, VR entered the 2.0 era and began to focus on operations. VR companies with operational methods stood out in the industry. 30% of VR Experience Halls have better profitability because of their good store location, equipment matching and operators who are good at venue operations. VR 2.0 era competitive, iron cage, interactive game mode should be born, players can team up to participate in the game, experience and immersion are strengthened. Unlike the player's hand grip at the beginning, the 2.0 version uses a real pistol, plus various effects to enhance the player's experience, the market is gradually getting warmer.

In 2019, as manufacturers and operators began to penetrate the market, VR amusement ushered in a new round of reforms and began to enter the VR3.0 era. The VR3.0 era refers to the amusement experience of large space. Players can move freely in a certain space during the experience, just like: “The number one playing coffee” experience store, relying on the space positioning motion capture program to meet from 100 square meters Up to 1000 square meters of various venue sizes, players wear lightweight equipment in the venue, you can walk freely to experience the fun of VR. At present, there are fewer people on the market, and there is still much room for improvement. 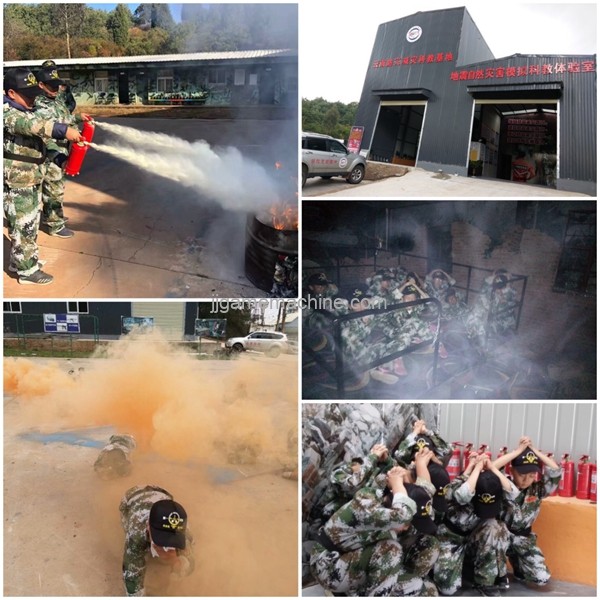 China vs. foreign VR: basic synchronization in the general direction

Driven by technological development, industry and policy, VR technology has rapidly entered the global mass consumption field, but under the influence of factors such as technical level, economic and cultural background, there are obvious differences in the process of developing VR at home and abroad. . In foreign countries, due to the differences in cultural environment, foreign companies like to make products to the extreme and then launch the market. Take technology as the first, aim at the player group, and gradually develop from VR players; unlike foreign companies, domestic enterprises tend to look at the opportunities and directly “on”, first launch the products to the market and then based on market feedback. Make optimization adjustments. Therefore, compared with the foreign market, the domestic market is more widely deployed, and the domestic market has a large capacity, and the offline experience stores are prevalent, and they are all active in major commercial centers. In foreign countries, only a few developed cities have the existence of VR offline experience stores, and almost all exist in the form of theme parks. The price is more expensive than domestic ones, and the customers that can be covered are very small. Compared with domestic, foreign players prefer home VR devices.

However, in terms of technology, pure technology abroad is more advanced than China; but from the perspective of VR amusement equipment, China is ahead of foreign countries and is recognized by the market. In the general direction, their development is basically the same.

With the improvement of VR technology, the current VR technology has already been completely different from the previous one. In addition to being used in the amusement field, VR technology has a strong immersive feature that allows players to be immersive. The integration of various fields of life, such as cultural travel, science, education and so on. Immersion is a situation in which people are focused on the current target situation to feel happy and satisfied, while forgetting the real world, often including the human sensory experience and the human cognitive experience. With the VR immersive characteristics, cross-border and cross-field cooperation can be used to collide with other sparks.

VR+ Culture Travel: It’s so easy to experience great mountains and rivers. Using VR technology to publicize and promote culture, tourism, cultural relics, etc., and use VR technology to bring the ancient civilizations, beautiful mountains and rivers and cultural heritage that cannot be taken to every corner of the world, allowing experiencers to cross time and space. Throughout all the places, you can feel the magnificence of the mountains and rivers of the motherland and open the "God's perspective" from heaven. You can also travel through ancient and modern times to understand various historical cultures and customs. Promote creative transformation and innovative development of tourism; combine VR technology and cultural heritage protection, not to damage cultural relics, but also bring high-precision and interactive cultural heritage to the audience; use VR technology to boost high performance and high The immersive virtual culture tourism eco-industry with scientific and technological sense and high experience integration can create VR+ cultural tourism, which can greatly enhance the interactive and ornamental of tourist attractions.

VR+ Education: The education of substitution is more interesting. Virtualization helps us understand what we see and hear in the most direct way. Spatial cognition is a very important content in the whole virtual reality, from the earliest pure text description cognition to the later image presentation cognition to the VR creation space cognition. In the real virtual process, it simulates a virtual space and the relationship between the surrounding environment, and creates a virtual self in the virtual space. The research finds that this not only makes people empathetic, but also digital education. Greatly promoted. The impact of VR on the education industry has the following three aspects: first, to improve cognitive efficiency; second, to break through space constraints; third, to improve learning terminals. The combination of VR and science and education enables people to learn in a real virtual environment, increase the image and interest of learning content, and can also achieve simulation training, reducing the difficulty and danger of certain training operations in real space. It is widely used in fire protection, anti-drug, natural disasters, science and education, museum education, and party building education.

VR+ Marketing: A more intuitive understanding of the product. As a new technology-oriented marketing tool developed after the original advertising and digital marketing, VR marketing has brought a new impact to the marketing field. The high degree of convergence between VR technology and marketing has made it popular among the marketing community from the very beginning, and has been widely used in social, medical, and tourism fields, gradually changing or even subverting the traditional marketing industry. 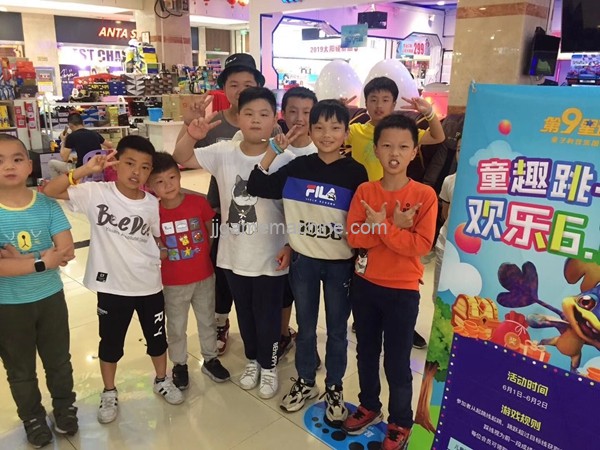 VR terminal: The importance of the site to "understand operations" is becoming more and more significant

At the beginning of the VR device, due to its novel technology and gameplay, it attracted many players' attention in an instant. VR devices often have such problems in the operation of the venue: after many people experience it, after a fresh feeling, they will not have the experience to experience it again. The equipment is less sticky to the player, which makes the venue operation difficult to return. How do you maintain the player's stickiness when the player's freshness fades? At this time, manufacturers are beginning to realize the importance of operations. The site has been provided with corresponding and customized site operation planning services to help the site operate.

In the operation of VR devices, it is very important to strengthen social and solve the social needs of players. In addition to increasing the sociality of the VR device, utilizing the player's fragmentation time and increasing the player's game irritability is also one of the ways to improve the player's stickiness. Just like the Internet cafe industry, with the development of the economy, computers have almost become a necessity in the home. Why are there many people who are keen to play games in Internet cafes? What is the difference between playing games in Internet cafes and playing games in the home? The biggest difference is that Internet cafes add social attributes to their homes. In recent years, the hot e-sports Internet cafes have made more and more people willing to go out of their homes and “train” with their teammates in Internet cafes. It shows that the value of social attributes is sticky to players.

VR equipment wants to operate well, it is not enough to attract users by amusement equipment alone. In order to help operators operate, the company has set up a special “hardware branding” department to provide franchisees with opening instructors to shop, executive instructors to patrol shops, A series of operational enabling services such as operating instructor resident and large customer team tracking. By providing regular and regular operational support such as event planning and executive training, we help franchisees to make money from relying on “hardware/equipment” and upgrade to effective customers through systematic “brand operation” to revitalize and enhance customer spending. 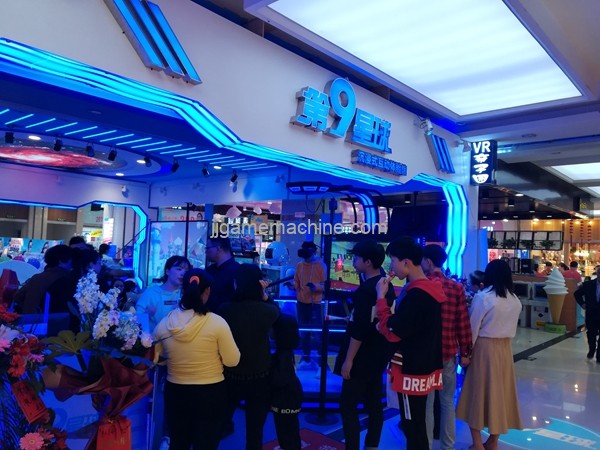 With the gradual popularization of 5G technology, VR technology will be continuously innovated and a wider range of applications will be developed. New users will be continuously developed and the influence of the VR industry will be gradually expanded. It is believed that under the blessing of policies and technologies, VR enterprises will continue to explore, and the VR3.0 era will present more possibilities. The future of VR is not a cold winter, but a "summer summer".