Core Tip: With the changes of the times and the upgrading of citizens' consumption, the children's business has become an important measure for the cultivation of shopping malls. Shopping malls have opened children's parks to attract family consumers.

Marketing is the eternal theme of the mall. The more people who can take up the customer's time, the more successful the mall, the children's paradise has such charm. Every holiday, when you enter a large or small shopping mall or shopping center, you can always see a large or small children's playground activity area, and each child is accompanied by at least two parents. Therefore, taking children to play, eat, and shopping by the way has become a big scene in the current shopping mall. So, is this configuration suitable for every mall? What new appeals does the public have for shopping malls in leisure and entertainment? In the future, which direction should the mall children's park develop? 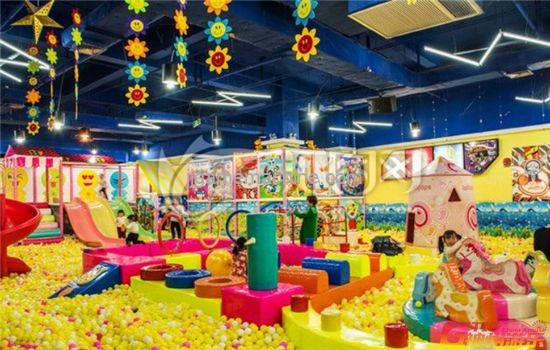 On April 6th, it coincided with the Qingming small holiday, and the weather in the provincial capital was much colder than before. In the 6th National Pavilion of Changfeng Business District, a children's paradise called Hip Hop has brought together naughty castles, electric toys, children's driving school, fantasy forest, cool speeding, thrilling bullfighting and other amusements. Surrounded by young parents who are standing or sitting or playing with their children, the provincial capital Wang Ya (pseudonym) is one of them.

The 32-year-old Wang Ya is already the mother of two children. The boss is 6 years old and the second child is 3 years old. As long as she is free, she and her husband bring two children to the mall to play. After the fun, the family will eat together, go shopping, buy shopping. Wang Ya said: "In the shopping malls with children's parks, the traffic is particularly large, which can satisfy the young parents' reunion and shopping with children's various demands." 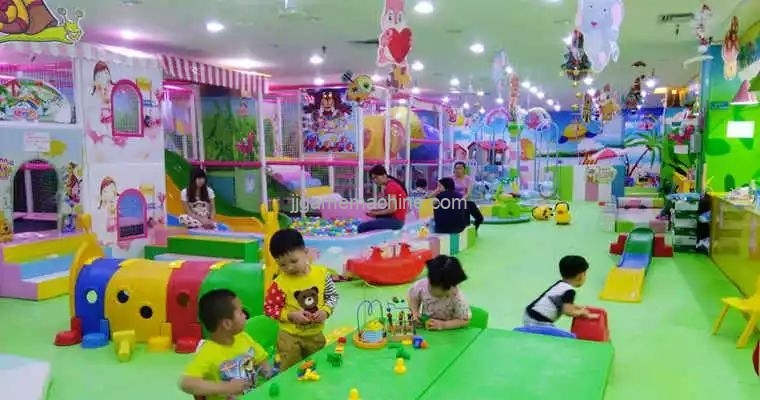 As Wang Ya said, the reporters have seen children's activity centers of different sizes in the 6th National Trade Center of the provincial capital, Maoye Tiandi, Tianmei Shanshan Outlets, Wanda Plaza and other shopping malls. Zhongli Tianjie Pumpkin Carriage Children's Park staff Fang Li (a pseudonym) told reporters that the children's theme park can attract young parents to take the baby to the mall, let them increase the number of times to stay in the mall, and on the other hand, play with the baby. After the tired, stay in the mall to eat, you can also bring the Wang Restaurant and other consumption.

In the interview, the reporter also found that the fee-based shopping malls have a large natural playground and a variety of amusement game projects. Children will have more fun. The free venues are relatively small, and some are mainly for the sale of toy products, which also discounts the interest of children. In terms of scale, the size and facilities of children's playgrounds in most shopping malls are relatively small, and the charges are not cheap. Only a single card for Naughty Fort is 60 yuan minimum, and 180 yuan for a single card. Therefore, these parks often focus on the annual card. Many parents bring children to the mall. Children's parks will basically take a long time or a day in the mall. Sometimes, let the old man or husband take the children to play, the hostess goes shopping for things, and the actual expenses in the mall are far more than the cost of spending in the children's playground. 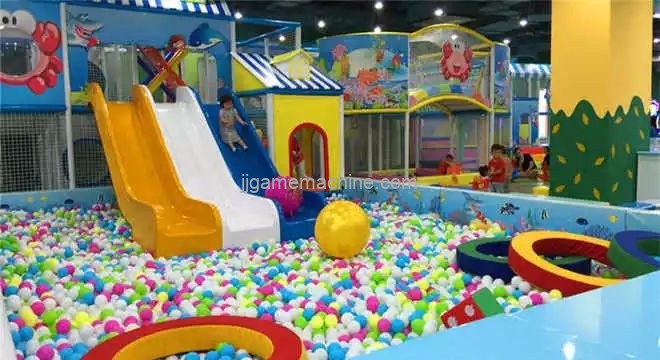 In other words, young families have basically become the key sticky customers of shopping malls. With the changes of the times and the upgrading of citizens' consumption, children's business has become an important measure for the cultivation of shopping malls.

Customer: Health and safety issues and prepaid cards are worrying

In fact, the increase in profits brought about by children's consumption is not directly reflected in the children's business, and its own profitability is not very strong. Its role is to increase traffic. That is to say, the children's paradise is the engine of the shopping mall flow, which has become the consensus of major shopping malls and shopping centers.

However, many parents still believe that it is a bit contradictory to take children to the mall. Zhang Aihong, a provincial cityman who just upgraded to Baoma, said that it may be because he is engaged in medical care, and the health problem is the most troublesome for her. The crowds in the shopping malls are intensive, and the facilities in the children's paradise can't be estimated. The outdoor area is far from the weather. 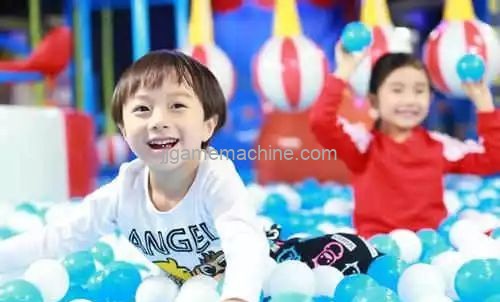 In addition to hygiene, parents also attach great importance to the safety of the park. All parents said that they would not let go of the children and walk away. They must look at it. WeChat netizen "goat goat joker" believes that many of the park staff are understaffed, children are inevitably contradictory and play safety issues, and to go to the mall children's park depends on the management's qualifications and reputation.

At the same time, many parents said that the children's playground in the mall must be at least open and ventilated, not only in the underground or relatively closed corners. “Goat and goat joker” said that it is better to let children touch nature as much as possible. Even if there are few trees and green spaces in the city, the mall can still consider using the top platform space or the open space along the road to create a children's playground that is closer to the outside world and close to nature.

As for the protection and staffing, many parents said they would pay attention to the park's support in this regard. The reporter saw in the outdoor children's paradise of the International Trade Museum VI that there are staff members in the play area to help and assist the children to tie up the protective gear helmet. In the entrance notice of many shopping malls, it is indicated that the park is limited to children aged 2~10 years old and under 1.5 meters in height. Each child can have two parents accompanying the kindergarten, but must be accompanied by parents. .

In addition, due to the high maintenance cost of the paid children's parks in the current shopping malls, most of them will adopt the annual or multiple card charging modes. However, the parents found out that they were lucky when they bought it, and it was worthwhile to buy it when it was bought ten or eight times. However, in fact, in addition to the holiday weekend, it is not possible to go several times a year. If the park is withdrawn, the balance is difficult to get back.

The future: Where is the shopping mall paradise going?

Then, how to meet the needs of consumers in the shopping malls for children, to achieve the joint action of driving shopping malls.

Zhang Jinbo, general manager of Maoye Tiandi, said that although the children's paradise industry has a small amount of single consumption, the consumption frequency is high, which can drive consumption of food, shopping and shopping. There is obvious joint action, and a family is often accompanied by a family. Most parents nowadays don't want to make money for the healthy and happy growth of the next generation. Therefore, taking children's consumption as a guide can lengthen the stay time of customers in the mall, which can stimulate the potential consumption. The development of large shopping malls has gone through three stages. The first stage is the introduction of catering, the second stage is leisure and entertainment, and the third stage is the current children's consumption. The shopping center with children's paradise is already mature in the world. The business model is gone. It can be said that the entire children's industry will gain efficient returns in this round of consumption upgrades in China. 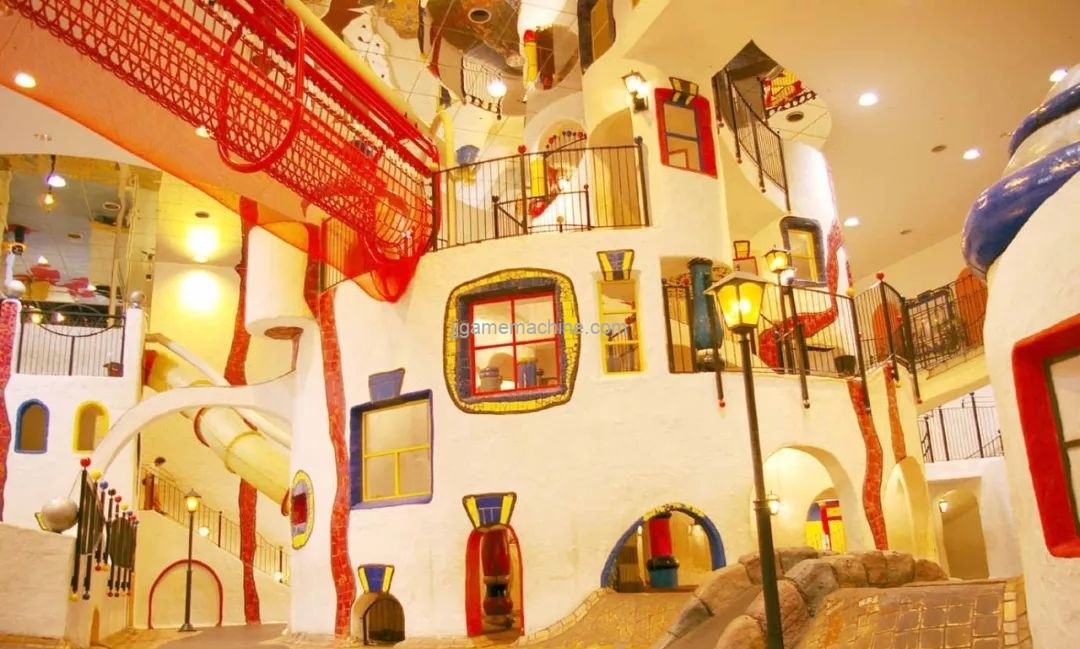 He said that it is an inevitable trend to open a children's playground in the mall. However, if there is only a simple play and play function, these parks will only become an inconspicuous supporting role in the mall. In the future, the children's playground in the mall should contain more education. Health, technology and other elements. It should be a new “children's collection store” that integrates education, amusement, retail, and parent-child growth experience.

Although there are more and more children's playgrounds in the current shopping malls, there are not many people who can meet most of the needs of parents. In addition to the above mentioned health and safety quality issues, the “children's paradise” element of the mall should also be based on the existing foundation. The pursuit of higher quality and deeper meaning, allowing customers to stay longer in the mall, and more times to reach the mall, so that the mall can really get a loyal customer, a virtuous circle. For example, the demand for green diversification, Japan's Grand Tree Greenwood Shopping Center should be regarded as an example to learn from and learn from. The roof garden of this mall is the highlight of it - the area is about 4,300 square meters, almost equivalent to one football field. During the preparation process, the shopping malls invited the children around to plant flowers and trees, visit gardens, fountains and other areas, so that the children can grow up with the memories of the flowers and trees planted on the roof of the mall. The built roof garden becomes a place for children to watch and learn. The large garden area of the roof garden is suitable for summer children to play, the cushioning material is placed on the ground, and the facilities that children like, such as slides and swings, are placed.

In this way, it satisfies the needs of consumers and can achieve the purpose of attracting consumption.