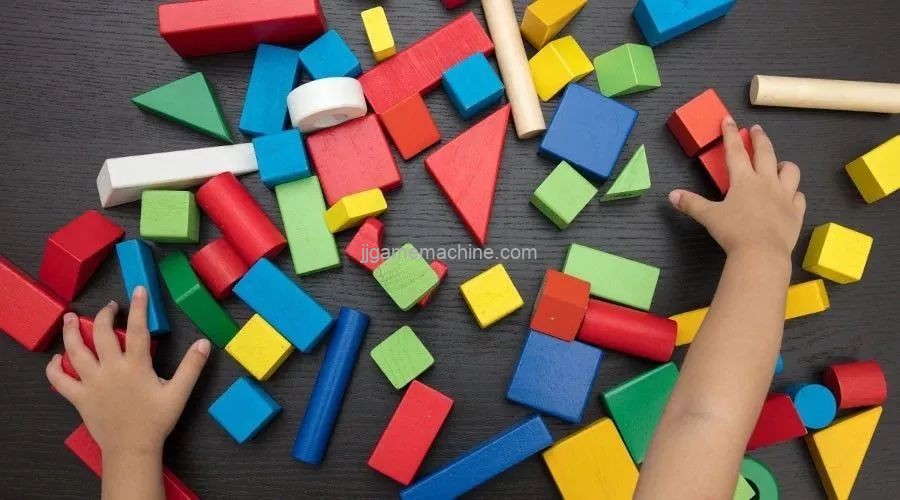 First, the definition of building blocks

The building blocks are usually cubic wood or plastic solid toys. They are usually decorated with letters or drawings on each surface, allowing different arrangements or building activities. The building blocks have various styles, which can develop children's intelligence, can be built into houses, various animals. Wait. Building blocks help to develop intelligence, train children's hand-eye coordination, and the arrangement, joints, rings, and symmetry in the blocks are good for the child's intelligence. When building blocks, children must be involved in the proportion, symmetry and other issues, which is conducive to the early development of the concept of children's numbers, the comprehensive use of a variety of different types of building blocks to build the physical, but also conducive to their imagination and creativity.

Second, the role of building blocks

When stacking wood, children need to use their hands dexterously, thus promoting the development of fine movements. Stacking scattered blocks out of complex objects can also improve hand-eye coordination.

Objects such as houses that children bring out are actually common in life. They must first learn to observe, and then in the process of playing, the things observed in daily life are expressed in blocks. The observation is cultivated unconsciously.

4. The process of making children more confident in building blocks can be controlled by the children themselves, which will bring satisfaction and self-confidence to the children.

5, children in the process of playing blocks, you can also learn a lot of mathematics knowledge, cultivate space sense, imagination, creativity and language skills.

The shape, size, and length of the blocks vary. Children can distinguish between geometric shapes such as cuboids, cubes, cylinders, and so on. Standard building blocks have a certain size and proportion, and the child can perceive the different shapes, proportions, sizes, thicknesses, heights, lengths, etc. of the blocks during the fiddling process.

Prepare a few square and round blocks for your child and teach him a high code. Then place a triangle or cone of volume wood at the highest position as the roof. There are at least 2 blocks to play with, from 2 to 3, and 4, and the number is increasing. Children will gradually understand that the more building blocks, the more complex objects they can build; the higher they are, the easier they will collapse. In the process of playing, the child knows that the big blocks are placed below, and the small blocks are placed on it, so that the pagoda is not easy to fall down. Unconsciously, the child understands the concepts of how much, size, weight, height, and height.

First teach your child to know the various geometric figures, such as circles, semi-circles, triangles, rectangles, etc. Then you say a shape of the building blocks, so that he can accurately find out from a pile of wood. You can also play against your child to see who is quick and accurate. This allows the child to understand the geometry and is also good for developing children's observation and memory.

Two identical rectangular blocks are grouped into a square, two triangles are paired into a square, two semi-circular pairs are formed into a circle, and so on. This game can help children understand the relationship between different graphics and understand the concept of part and whole. Moreover, in the process of playing, the child needs to use the eyes to observe whether the blocks of different shapes can be matched, which is beneficial to the cultivation of the observation force.

Prepare a set of blocks marked with numbers. You first code the blocks according to the numbers on the blocks, from small to large, and then let the children put the corresponding digital blocks on the next number. If you put the wrong building blocks, or if you put the original code in the process of putting it down, you will lose it. This game helps children understand the relationship between numbers and makes children's concept of numbers clearer.

5, who has more building blocks

Give the parents and children a equal amount of building blocks and then play the "stone scissors cloth" game. Every time you play, the winning party gets a piece of brick from the other side. After playing 3 times, count the number of blocks that each side owns. This game allows children to understand the difference between more and less, and has an initial understanding of addition and subtraction. It also increases the interaction between parents and children.

Children like to build beautiful buildings with bricks. At the time of construction, he had to imagine the position of each piece of brick in the building, and then placed each piece of wood in the most appropriate place. This is the basis of the sense of space.

You code the blocks together, and when the code reaches a certain height, let the child push it down by hand. The child usually laughs happily when he sees the fall of the building blocks. Although this is just a very simple "destruction" game, it is an important activity for children to improve their spatial cognition.

Teach your child to arrange long strips at regular intervals to connect them into a winding path. Give the child a toy car, he can play along this "small road", and ask for the best not to touch the blocks. This can exercise the child's ability to visually measure the spatial distance, and cultivate a sense of three-dimensionality and hand-eye coordination.

First arrange the cylindrical wood of different colors into an inverted triangle, then let the child leave a distance, take a ball to the building block and knock the building block down. As the child's ability increases, you can gradually increase the distance. This game requires the child to have a sense of direction, which is also helpful for improving attention and exercising coordination.

Arrange the blocks in the form of dominoes, then knock down the blocks that are placed at the front or the rear to see the interesting sight of the blocks falling down in order. During the placement of the blocks, the child needs to accurately determine the spatial distance, and requires accurate hand movement and high concentration.

Third, the choice of building blocks

Children before the age of 1 have not yet formed a real sense of space. The standard hexahedron, bricks with certain texture and mechanical principles are not very meaningful to them, so it is best to choose interesting blocks. Such as cloth blocks, it is soft, bright colors, and animal or fruit patterns, so that children can perceive color, recognize objects, develop touch, etc., and don't worry about hard blocks hurting children. At the same time, the baby likes to put all the things he has in his mouth, so whether it is wooden blocks or bricks, it must be safe and non-toxic.

The space consciousness of children over one year old is forming and will start to be high. Even if there are no bricks, they like to put everything together, and then watch it fall happily. If the building is painted with ornaments such as a puppy, a kitten or a small doll, the child will prefer to play. Because the child's body control and hand-eye coordination ability is not very good during this period, it is necessary to choose lightweight building blocks to prevent the child from being injured when the building blocks collapse. The blocks should not be too big for the child to grasp.

The concept of space, language, thinking and imagination of children over 2 years old have been developed, and the movements of hands and the coordination of hand and eye are enhanced, and things that are slightly more complicated can be done. At this time, the park can provide them with standard building blocks. For example, the two semi-circles are exactly in a perfect circle. The length of the two short blocks is exactly equal to a long building block, etc. This building block can give children more creation and Performance space.

Fourth, the maintenance of the building block area

1. Equipment safety is the first priority. Therefore, safety protection measures must be taken around the building blocks to prevent children from accidentally squatting and touching during the process of playing blocks;

2, because the child's anti-viral ability is weak, at the same time, the child likes to stuff into the mouth, therefore, the park must pay great attention to the hygiene, daily disinfection of the soft surrounding fence and building block of the building block;

3. Check for any loss or foreign matter in the building block every day, so that you can always find it at any time;

4. Don't pour out all the blocks at once to let the children play. This is not only not conducive to children's concentration, but also facing too many things at a time, children will have a hard time making choices. It also brings great problems to the management of the park. The blocks are scattered and require a lot of time and effort to organize.