Children's Naughty Castle has long occupied a place in the most popular children's play facilities, which can be said to be enduring. There are slides, ocean ball pool, happy octopus, coconut tree and other items in the naughty fort for children, which can be freely combined and matched, combining dynamic and static. For children, children ’s naughty castles are rich and playable, and it is reasonable to become one of the most popular children ’s play projects. 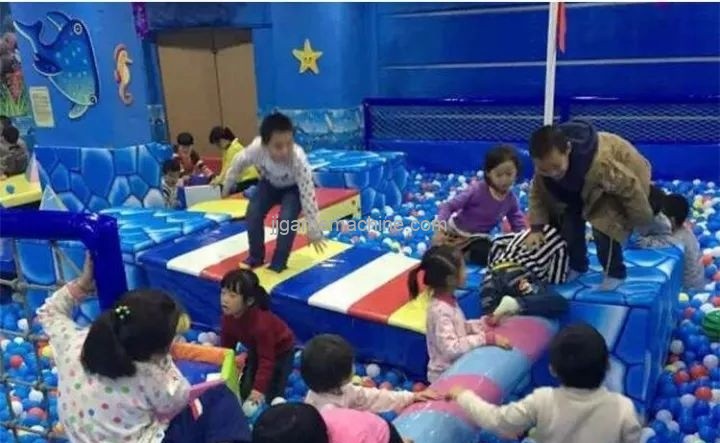 The Zhiyong Daguan project was born out of a TV program and has a large mass base, so it has become one of the most popular children ’s play projects since its launch. The Zhiyong Daguan facility uses colorful environments and vivid cartoon images to make children feel like they are in a wonderful fairy tale world. With its stimulating, entertaining and powerful momentum function, it forms a strong attraction. It can pass multiple people at the same time, and each level has a different style and rich gameplay.

3. Treasure Hunt on the Beach

Psychologists believe that playing sand is not only a game, but more importantly, it is beneficial to the growth of children. Sand is both a solid and a fluid. It is changeable and easy to grasp. Its endless forms and endless play methods essentially satisfy children's inner needs for creation.

Track racing, a children's playground equipment, creates a relaxed and free psychological environment for children, allowing them to have fun in track racing games. Simulating a real racing track, a combination of various accessories, and truly simulating the scene of a racing game, full of sense of technology, integrating entertainment, competition, puzzle and interaction into a whole, entertaining and entertaining, is one of the most popular education methods at present , Popular with children!

Interactive, parent-child and puzzle projects not only attract children, but also attract parents who are happy to pay for their children. Such projects can not only promote the parent-child relationship, but also allow children to learn to use both hands and brain in fun. Conducive to children's intellectual development, it is very popular with parents. When parents take the initiative to bring their children to play in the children's playground, do they still have to worry about operating benefits?

Wangzi Jackie Chan is the psychology of many parents. It is the most satisfactory for parents to let their children learn and gain knowledge during play. Simulated driving schools, children's barriers, children's development, somatosensory training and other projects are very popular with parents and children.

7. Manual DIY: DIY is the abbreviation of "Do It Yourself".

It initially emerged from the assembly of computers and gradually became a popular lifestyle. To put it simply, DIY is to do it yourself. There are no restrictions on professional qualifications. If you want to do it, every craftsman can use DIY to make a personal "customized" "product". Not only children can play, parents can also participate, and it is popular with children and parents for its good parent-child interaction effect.

Children's development training is designed according to the characteristics of children, through a scientific three-dimensional combination to form a new generation of indoor children's amusement park project that integrates amusement, sports, puzzle and fitness. Children's indoor extension training is mostly composed of crossing projects. It sets up and builds various difficult and super stimulating levels in vertical spaces to allow children to experience high-altitude climbing and feel the stimulation of crossing obstacles. Hone children's will, challenge themselves, stimulate their potential, and enhance self-confidence; mainly suitable for children aged 4-15.