With the rapid development of water amusement projects in recent years, water park euqipment,water amusement has been built in all major cities in China.

There are more than 200 large and medium-sized water amusement companies with an amount of more than 50 million yuan, and most of them contribute about 80 million, with an annual passenger flow of about 200,000 to 300,000 people, turnover is about 20-30 million yuan, the general operating profit margin is about 45%, and the payback period is about 5-8 years. Only a few locations it is relatively good, the investment plan is moderate, and it has seized the amusement opportunities of the mall, so that it can quickly recover the investment in 2-3 years. There is also an appropriate one due to the over-investment of some water amusement companies, they may face severe competition and diversion of tourists. The payback period will exceed 8 years, or even a long way off.Under the situation that shopping malls are becoming increasingly sophisticated, how can they be developed differently? In the competition of similar projects, they have shown their strength and positioning for water sports . And equipment selection became the key.

Analysis of the positioning of water amusement

1,Suitability is the central criterion

On the premise of rational contributive aquatic amusement, project positioning, the center of the rule is appropriate, if must be according to the project of the economic level of the local population surrounding the project location traffic conditions and people's consumption habits to determine investment aquatic amusement of investment planning, not out of the mall blind eye to seek the maximum we don't believe in a second-tier cities paid too little, more not launch in four five cities paid large aquatic amusement type planning, such as investment of RMB fifty million yuan or more water recreation 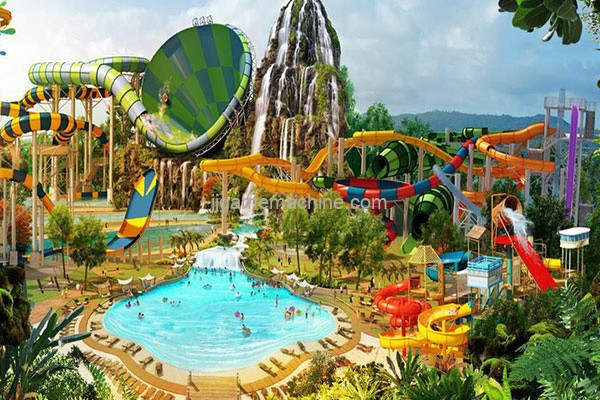 With the continuous development of China's economy, people's travel concepts have now undergone serious changes, and more and more people are now disgusted with the dragonfly style. Sightseeing tour, began to turn to leisure, relaxation and entertainment-oriented leisure vacation travel. Therefore, water amusement and hot springs, hotels, skiingThe development forms that form leisure travel vacation places have very broad market prospects. As a place for leisure travel, it can greatly improve radiation radius of shopping malls, general leisure vacation product radiation radius is more than 200 kilometers. Together, according to the leisure vacation grounds that tourists identify with long-lasting hobbies and stable loyalty, it can better deal with the problem that water amusement products quickly lose their appeal as recreational experience products.Due to the different seasons or different peak seasons of different projects in the induction system for leisure vacation, the same can be done well between different projects .Allocate staff and reduce labor costs. Therefore, water amusement and other travel products are summarized and developed to form a composite leisure vacation product. Fundamentally, it can better deal with the problems currently faced by a single water play.

On the basis of the aquatic amusement investment condition now, at this stage is more in the same area will have paid a number of aquatic amusement, particularly on the equipment type selection is important because the fundamental under the premise of the same conditions, first is to rely on aquatic amusement product novelty affect sexual to form of gravitational absorption, once after visitors played will lose its novelty, the attraction of the amusement also disappear and advocate the customer could engage in develops a roll as far as possible, with subsequent conduct land, according to the market reaction to every 2-3 years to add more novelty more attractive products.